Whats the perfect strain for me?

Whats the perfect strain for me?

When it comes to in-taking cannabis and cannabis extracts, everyone has their own preference. Not everyone likes the same strains and not all strains are good for everyone.  Indica’s are more likely to sedate you where are Sativas are more cerebral. Hybrids are usually a mix of both but often have a higher percentage of one in them than the other. Everyone is different and reacts differently to different types of Cannabis. Here is a guide to help you on your way to understanding more about each type of Cannabis and what it does for you!

The general perception is that sativa strains give mainly a cerebral head high, while indica strains primarily provide a body high. The literal difference between the two is in terms of classification – Cannabis sativa and Cannabis indica are two of the subspecies of the genus Cannabis.

Cannabis sativa is indigenous to hotter climates closer to the equator in areas like East Asia, while Cannabis indica is more indigenous to areas with colder climates. These differences in climates give the strains their distinct appearance, but do they result in a contrasting high?

Despite popular belief, the effects cannabis gives you are likely more accurately attributable to cannabinoids and terpenes, compounds found in the cannabis plant, as opposed to the strains. And while some cannabinoids and terpenes may be found more commonly in an “indica” or a “sativa,” none are found exclusively in one consistently enough to say an indica and a sativa will definitively cause specific effects.

Part of this is due to the crossbreeding of indica and sativa. These are generally known as “hybrids,” but the result is that even many strains that are indica and sativa have a hybrid nature to them. 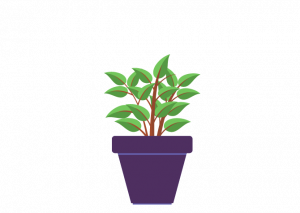 Indica is a classification that is used to establish the geographic origin of a cultivar (strain) and is reserved for cannabis varieties
that are typically shorter in height with wider leaves than their sativa counterparts.

What it does for you-  Indica strains generally provide a sense of deep body relaxation.

The lore of indica is that it is supposed to be ideal for night-time use. Indica is sold as having similar effects to a sedative, good for relaxation or trying to sleep. That effect on the body can also be of great help for pain relief and the relaxation element means it is often recommended for anxiety, important parts of the medical marijuana push.

What is it about certain strains of cannabis that can cause these reactions? The terpene myrcene, in addition to bringing an earthy aroma, may have sedating effects, according to a 2011 study. Another terpene that is common in strains that are advertised as an indica is linalool, which in addition to sedating is said to help relieve anxiety. These may be found more often in marijuana advertised as indica, but as more crossbreeding leads to hybrids, they can potentially be found in some sativa strains as well. 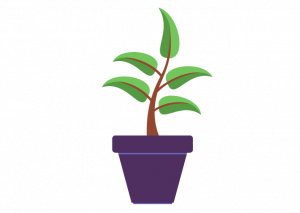 Sativa is a classification that is reserved for cannabis varieties that, due to their origins, are typically taller in height with thinner leaves than their indica counterparts.

Whereas indica’s reputation is one of a sedative that gives you a body high, sativa is said to cause more cerebral effects, perfect for the day time. These effects are far more invigorating, helping one to feel more alert and uplifting to tackle a physical activity or creative endeavour.

Medically, these sativa effects are said to help not only with pain but anxiety, depression, and attention disorders. One explanation for a “sativa” strain causing these effects and potential medical benefits are cannabinoids like THC and CBD. Another is the terpenes. Cannabis terpenes that could possibly produce these effects include limonene, which has shown potential for anti-depression benefits, and pinene, which has anti-inflammatory properties. 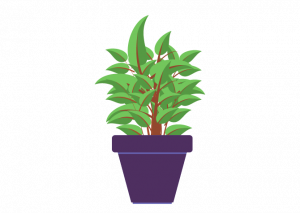 Hybrid varieties are combinations of both indicas and sativas, possessing traits and characteristics attributed to each classification.

What it does for you – Since hybrids are a mix of sativa and indica, they can provide both mind and body effects.

Many popular strains of cannabis are hybrids of indica and sativa; even ones considered an indica or sativa are likely to be a hybrid of some sort. Hybrids can have various combinations of terpenes and effects, but because indica and sativa are no longer the definitive terms they used to be for strains, the hybrid term is more accurately used with regards to how it is cultivated and grown. How a hybrid grows, how much it can yield, and what the plant will look like will vary based on which plants you are cross-breeding.