Superman OG Hash is an exquisite example of many of the domestically produced hashish strains found here in British Columbia. This strain is made following Moroccan standards and techniques, allowing for the replication of the classic, old-school hash that was found in the 80s. Deep spicy flavors and earthy undertones are accentuated by its’ light, almost blonde color on the inside. Superman Hash has excellent pliability, making it easy to work with and even easier to smoke

Superman OG is a slightly indica dominant hybrid (60% indica/40% sativa) strain with genetics that are highly debated among the cannabis community. Although there is a more recent Superman OG strain circulating that is a member of the OG Kush family, the “real” Superman OG is a cross of the insanely popular Bubba Kush X Tahoe OG strains. This dank bud boasts a moderately high THC level that ranges from 19-23% on average and a very well balanced combination of indica and sativa effects. Users describe the Superman OG high as having an epic full-body stone with a substantial amount of pain relief in both mind and body. You’ll be hit with a euphoric mind-relieving head high first that gives you creative energy and a feeling of utter happiness. This is followed by slowly building relaxing sedative effects that hit you in waves, easing you into complete relaxation and deep and peaceful sleep. Due to these potent effects, Superman OG is said to be an ideal strain for treating patients suffering from conditions such as chronic stress, muscle spasms, and mild to moderate cases of depression. These buds have an aroma and taste earthy spice with a hint of diesel and have large fluffy dark olive green popcorn shaped nugs. These nugs are spattered with dark orange hairs and a fine layer of white sugary trichomes.

Hash, also known as hashish, is a cannabis concentrate product made by collecting and concentrating the trichomes (kief) directly from the cannabis flower. When these trichomes are collected, they’re compressed with heat and pressure into different forms such as balls or cakes, resulting in textures that are either solid or paste-like.

Hash comes in many forms, flavours, and different variations and each offers its own unique flavours, properties, and effects. While regular cannabis flower tends to have an average potency of 10-30% THC, hash can range from 60-75%!

Hash originally came from India, when cannabis cultivators, in the process of treating and processing cannabis plants, would take a dull knife or even their fingers to scrape off the kief that has collected in the palm of their hands and compress it into hash.

Today, cannabis extraction technology has evolved to better extract, capture, and concentrate kief to produce superior hash products. Spicy and aromatic Pakistani Hash, potent and powerful Lebanese Hash and clean and fresh tasting bubble hash are just a few of the selections available to tokers today! With so many varieties of hash, there’s bound to be one that’s right for you.

Wondering about how to smoke hash? Smoking hash is easy, and it can be done in a variety of ways. The simplest method is to breaking off and smoking a piece of hash in your bong or pipe. You can smoke the hash as-is, or with a bit of flower.

Hash can also be enjoyed in a joint. To wax your joint with hash, simply roll a joint as you usually would and sprinkle some hash down the length of your spliff before rolling it up.

Hash can also be easily dabbed or vaped. If you’re an old-school toker, you can even use the tried-and-true method of using hot knives to heat up your hashish.

No matter how you choose to enjoy your hash, the experience will undoubtedly be tasty, potent, and have you coming back for more!

Hashish, also referred to simply as hash, is a cannabis concentrate that’s typically inhaled or smoked. Hashish can be made using a few different methods, but the essential steps are removing the trichome glands from a cannabis plant and repeatedly compressing them to form a hardened, solid piece. It’s arguably one of the oldest types of cannabis concentrates, with written texts referring to hashish dating as far back as the 12th and 13th centuries. The varying look and feel of hashish are closely tied to its history and the method used to make it.

How to Smoke Hash

Hash may be used in a number of ways. Traditionally, hash has been consumed orally, either as a solid or infused into a beverage such as the traditional Indian drink bhang. Hash may also be smoked, either on its own or as a way to accompany traditional cannabis flowers. Some varieties of hash that have the ability to melt may also be vaporized on a hot surface, known as dabbing. When dabbing hash, screens are often used due to the fact that some resins leave carbon residue and will not melt completely, or at all. On the other end of the spectrum are high-quality hash oils (not to be confused with solvent extracts), such as full melt dry sift and full melt ice water hash, which has the ability to melt completely onto a nail, leaving zero residues.

Hash vs. Weed: What’s the Difference?

Both hash and weed come from the cannabis plant. Weed typically refers to the dried flowers of the plant, while hashish is a concentrate derived from the resin. 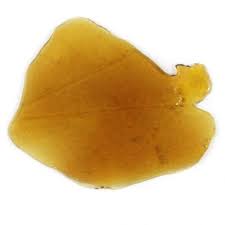 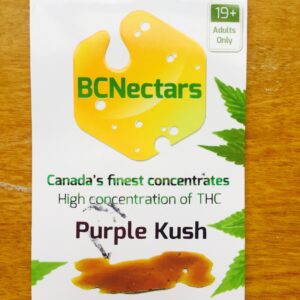 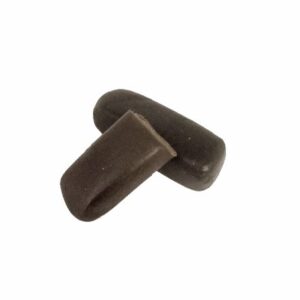