This one has a distinct dark red interior with a beautiful nose not to be missed by the hash lover out there. Soft and malleable this hash will work well with any method you choose to enjoy it with. This is a new batch we just came across...a great value for the price! The ash and smoke burn nice and white, it hits smooth and gives a mellow body stone. It’s easy to keep going after smoking the red lebanese…it’s an indica but not a knock-out.

Contrary to most hashish available globally, Red Lebanese Hash is known for being particularly cerebral in effects, compared to other traditional forms of hash which tend to be more sedating, although it still provides an immaculate body stone and waves of relaxation which are very strong, in comparison to Moroccan hash.

Red Lebanese Hash – Finding hashish in the Middle East is like finding a McDonalds in America – its’ everywhere! In Lebanon, hash is almost like a cultural icon. Long, long ago, it was even used as a form of currency for traders and residents of the area. Although hashish is abundant all over the Middle East, Lebanon has become internationally known for their high quality AAAA+ hash for as long as hash has been around. It all begins with cannabis cultivated in the heart of the valley of Baalbek – here, harsh conditions and un-ideal climate help landrace strains from the region develop thick coats of THC trichomes to defend against the elements. This makes cannabis from the Baalbek valley ideal for hash processing, and helps attribute to the potency, quality and overall goodness of real Lebanese hash.

The red in Red Lebanese hash comes from the natural drying and curing process of the raw cannabis plant – cultivators leave the plants on the field until they’re just about ready, and during this process they acquire a unique red tint from sunlight, and its’ own natural pistils which give off a orange-reddish colour. Once the hashish is processed, it is left to dry and properly cure. The Lebanese process of curing hashish is what separates their hash from other regions in the Middle East. Hash is aged for one or two entire harvesting seasons, which can last anywhere between 4-8 months in total. This allows the hash to develop an ideal consistency that is pliable, yet stiff enough to work, and also allows for the hash to deepen its’ aroma and flavours.

The long process strengthens the natural woodiness and unique spicy terpenes found within Lebanese cannabis strains. Contrary to most hashish available globally, Red Lebanese Hash is known for being particularly cerebral in effects, compared to other traditional forms of hash which tend to be more sedating, although it still provides an immaculate body stone and waves of relaxation which are very strong, in comparison to Moroccan hash.

If you’re looking for high-quality hash in Canada, there’s no better place to buy it than from an online dispensary like BCBX. We carry a wide selection of hash and other concentrates, all of which are sourced from reliable producers. Plus, our prices are unbeatable. When you order from us, you can be sure that you’re getting the best possible product at the best possible price. So don’t wait any longer, order your red Lebanese hash today!

WHAT IS RED LEBANESE HASH?

Red Lebanese hash is the perfect way to enjoy the unique flavour and benefits of cannabis. This hash is made from the finest quality cannabis and is naturally dried and cured to perfection. The unique red colour comes from the sun-drying process, which gives the hash a distinctive reddish hue.

The natural pistils also contribute to the orange-red colour of this hash. Red Lebanese hash is known for its strong flavour and potent effects. It is perfect for those who want to enjoy a powerful high without having to smoke too much. The Lebanese process of curing hashish is what separates their hash from other regions in the Middle East.

WHAT ARE THE EFFECTS OF LEBANESE HASH?

Looking for a top-quality hash that will send you on a cerebral journey? Then look no further than Red Lebanese Hash! Sourced from the finest cannabis growers in Canada, this hash is known for its potent effects that are perfect for exploring your creative side. Whether you’re enjoying a solo session or sharing with friends, Red Lebanese Hash is sure to provide an unforgettable experience. Note that this hash will give you a more stony experience than Moroccan or afghani hash.

Of course the Red Lebanese hash is very good. It is one of the best types of hash you can get in Canada. It can also be re-pressed by hand like Afghani due to its high resin content. Lebanese hashish is red and it usually has a strong, pleasing taste and smell. The word “Lebanese” in reference to hashish originally referred to the country of Lebanon, where some of the best hashish in the world was, and still is, produced.

However, over time the term has come to refer to any red hashish that is of high quality. There are many different types of red Lebanese hashish, but they all share certain common characteristics: they are all red, they all have a strong taste and smell, and they all contain a high percentage of THC.

HOW TO CONSUME RED LEBANESE HASH?

Lebanese hashish is typically smoked in a pipe or bong, but it can also be vaporized or sprinkled on inside your joint. Red Lebanese hashish is a popular choice among cannabis smokers because it is strong and provides a long-lasting high.

Be the first to review “Red Lebanese Hash” Cancel reply 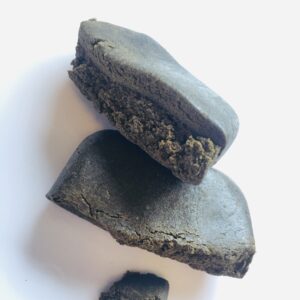 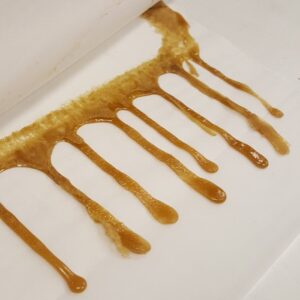 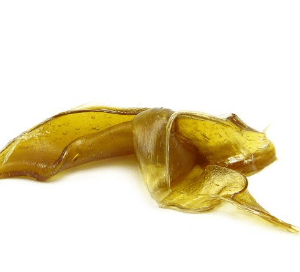 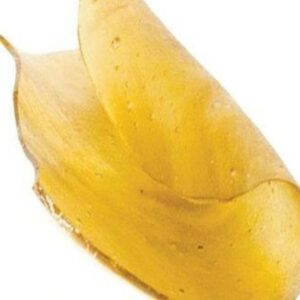